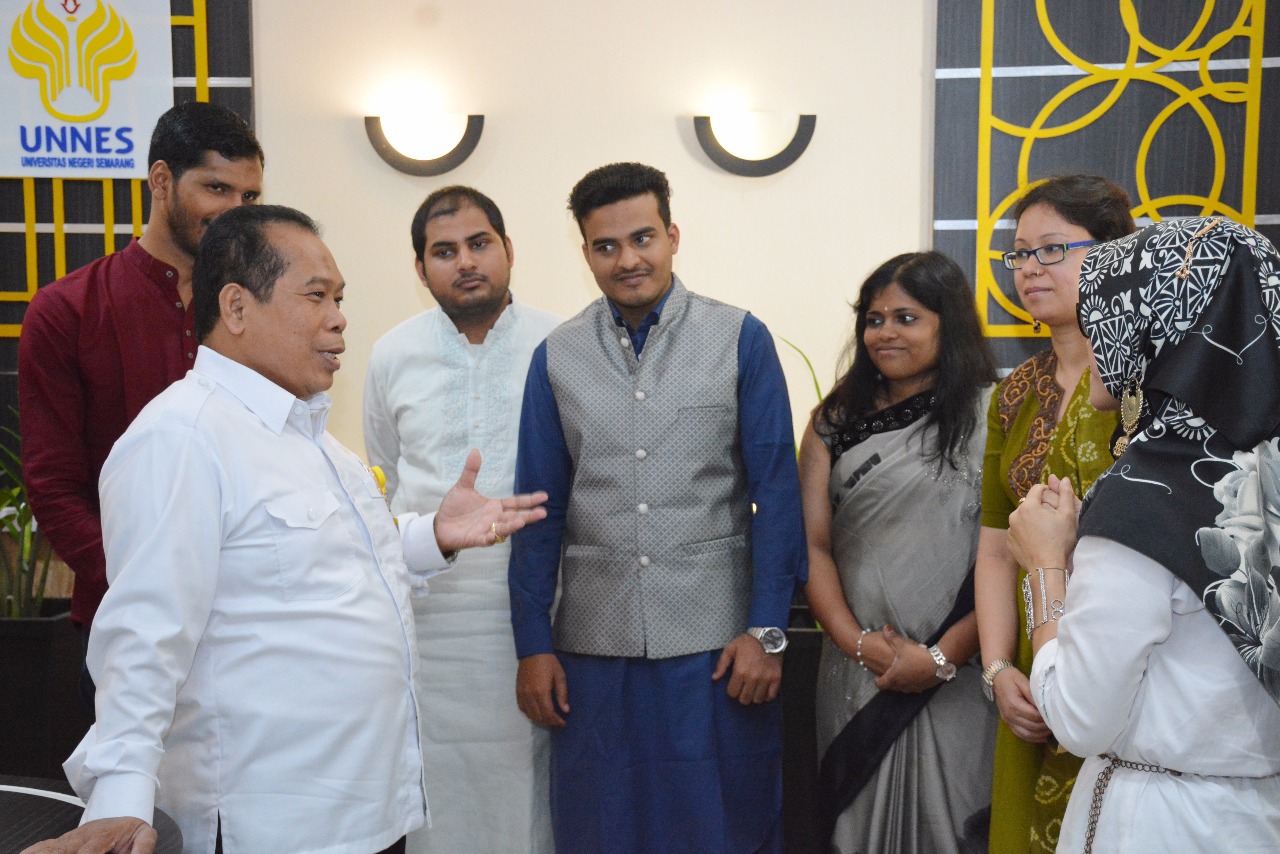 Students who do various programs in other countries become ambassadors for their country. For this reason, they make character and cultural values ​​so they can represent their people.

“Students who participate in the program on other campuses abroad indirectly have a mission to strengthen the relationship between their country and the place where they study,” he delivered it when admitting students participating in the Indonesian Language Program for Foreign Speakers (BIPA) from India and fieldwork practices (PKL) from Sultan Idris Education University (UPSI) Malaysia, Monday, July 1, 2019, at Rectorate building, Gunungpati, Semarang.

Prof Fathur decided that bilateral relations between countries could be dynamic and at once friction would emerge. However, various things related to the past should not be an obstacle to learning in the destination country. On the other hand, Prof. Fathur hopes that foreign students can be reported and invited by UNNES in the international arena.